The domestic central heating industry is being infiltrated by calls for green, renewable sources of energy. This, it is argued, is essential to save humanity. Whilst many people continue to dismiss such claims as pure sensationalism, the environmental threat that is facing mankind is in no way unfounded. Indeed, the planet is heading towards a climatic catastrophe and, despite growing public awareness of the need to reduce carbon emissions, the international community’s carbon footprint is growing larger. 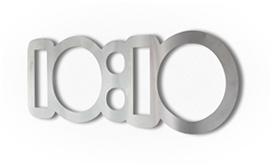 The fundamental cause of global warming and its related problems is, predictably, human life. More specifically, industrialised human life has resulted in a sharp and continuing rise of greenhouse gas emissions, which are destroying the ozone layer in the Earth’s upper atmosphere. Although education on environmental matters has never been so widespread, many Governments remain opposed to the more ambitious plans to reduce carbon emissions. Indeed, the 30% reduction by 2020, which has been urged by the EU, has been countered with calls for up to 6% by the US. To put this in perspective, 30% might only just be enough to stop climate change reaching an irremediable state.

A number of major UK energy companies have signed up to the 10:10 campaign, which is calling for every individual person, company or body to reduce their carbon emissions by 10% from 2010. British Gas Energy is one such company to have signed up to the campaign. Catherine May, Centrica’s director of corporate affairs, who was at the national launch on Tuesday, said: “We support the 10:10 campaign and commit to doing everything we can to help our customers make their 10% cut. We hope they will use tools such as our Energy Savers Reports to get them on their way.”

If you have a wood burner or a combustion stove, you may be interested in a nifty little...

The internet has revolutionised how people go about their everyday business - from...