Britain’s housing stock could be facing a cold future if energy-saving measures are not implemented ahead of the predicted fossil-fuel crisis. 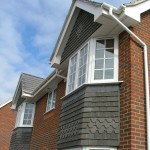 The startling revelation was made by the Curator of the Historic Royal Palaces, Dr Lucy Worsley, who presents a BBC Four documentary on the history of homes that is due to be televised next month.

“They [people living in Georgian Britain] thought an element of wastefulness showed you had enough cash to be generous. In medieval times, heating your home was akin to burning money. There was a 16th century saying, ‘the game’s not worth the candle’ – a task was only worth doing if it justified the expense of illumination.

“But when people began to have more spare time and spare money, considerations of waste became less important”.

Describing things to come, Dr Worsley added: “I do think the future will be Medieval, when the big bang comes and we run out of oil. Small windows, shutters on the outside, a chimney for natural ventilation”.

Keeping the home warm has become a serious challenge for many people in Britain, where millions of people live in fuel poverty, meaning that more than 10 per cent of household income is used to pay for gas and electricity.

Rising energy costs only worsen the problem, but the situation is expected to deteriorate further before energy prices are brought under control. In the meantime, people are advised to implement energy-saving measures throughout the home in a bid to save money without turning off the heating completely. Such measures include loft insulation, double glazing and cavity wall insulation.

As for how warm the home ought to be, Dr David MacKay, Chief Scientific Adviser at the DECC, said: “When I’m at home my normal thermostat settings are roughly 13C, but lower when I am out and 15C, briefly, at getting-up time in the morning.

“One important additional rule is that whenever I feel cold, I turn the thermostat up as high as I like. The automatic thermostat control then turns it back to the normal settings a few hours later”.

Research published by the Institute for Public Policy Research (IPPR), a political...

NEXT POST Wrexham Joins the Ranks of Solar Powerhouses

According to a report in the Guardian, Wrexham, the largest town in North Wales, has...