In a surprising victory for hygiene and a regrettable defeat for the environment, a new survey has revealed that Britons spend far longer in the shower than previously thought. 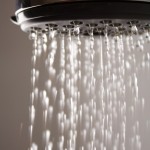 Lasting around eight minutes, the average shower is now estimated to use almost the same amount of energy and water as the average bath. The conclusion was drawn from data obtained by researchers who used innovative technology to calculate results.

The survey monitored 100 families over a period of 10 days, recording 2,600 showers – or 2.6 per family per day – in total. The technology used in the study calculated a shower lasting eight minutes to use approximately 62 litres of hot water. Despite using more hot water than previous studies suggested, the average shower still compares favourably to the average bath, which uses around 80 litres of hot water.

Unfortunately, the data revealed an alarming problem: power showers use twice the energy and water as the average bath. Although power showers arguably provide users with a cleaner, more pleasant experience, they come at a cost in terms of water and gas central heating consumption.

The study was carried out by the Research and Development wing of Unilever. A behavioural scientist working at the firm, Dr Hilde Hendrickx, said: “We know that 95 per cent of the associated greenhouse gas emissions are related to people [using] our products because they have to use hot water”.

The rather frank admission by Dr Hendrickx was followed by an insight into why household questionnaires were ineffective when it came to accurately assessing energy and water usage.

Dr Hendrickx noted: “The problem with [questionnaires] is that people do not often have a very good insight into their behaviour because it is a habit and they may not be very aware of what they are actually doing. When it comes to time perception, most people are not very good at estimating how long it took them to do a particular activity”.

The study ought to be reviewed with interest by UK households, who spend around £416 a year on daily eight minute showers. Spending £918 for the same time, families with power showers ought to be even more interested.

According to the latest Boiler Guide press release, reinstating the Boiler Scrappage...

NEXT POST Heating or Eating: Which Would You Choose?

Just the mere thought is bad enough, but more and more people are having to choose...