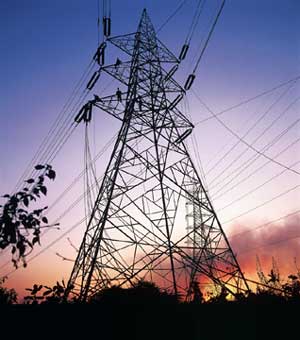 A rumble of thunder sounds overhead before the first flash of lightning electrifies the night sky. The satellite television is holding out as the winds pick up and rain begins to lash down. All is safe and cosy at home – until the power goes off.

Unfortunately, this is a familiar tale for many domestic energy consumers across the UK, who suffer power cuts as a result of various acts of nature, including flash floods and electrical storms. According to a study published earlier this month by LogicaCMG, Britain is heading towards major energy shortages within the next fifteen years possibly resulting in mass power cuts.

However, since their publication, these claims have been refuted by the Secretary of State for Climate Change and Energy, Ed Miliband, who advised that the UK is rapidly expanding its energy network with a number of new power stations. Whether this will be sufficient to avert the predicted energy deficit remains to be seen.

Nevertheless, Central Networks, which is responsible for delivering power to some 9.4 million homes across central England, has decided its own operations require closer scrutiny. Power cuts relating purely to acts of nature and problems with the infrastructure remain more pressing than those predicted by future energy shortages.

Central Networks’ Customer Panel has been launched to tackle everyday outages and help improve the infrastructure for years to come. In fact, Central Networks hopes it can use customer feedback to shape its networks for the future. Indeed, by giving the average utility customer a voice, Central Networks will be able to tackle a range of issues such as those relating to climate change, energy theft and weather emergency planning.

The internet has revolutionised how people go about their everyday business - from...

On the back of a deep recession, from which the British economy is only just beginning to...