St. George’s Day marks the launch of a campaign which is calling on the Prime Minister to make the most of his first green speech to get behind a switch to clean energy. 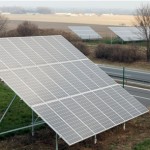 With increasing numbers of the British public recognising the need to switch from fossil fuels to clean green renewable energy, Friends of the Earth’s Clean British Energy Campaign – which has the support of Dragon’s Den star Deborah Meaden – is aiming to kick start an energy revolution.

In conjunction with the launch of the campaign, the charity has revealed the results of their latest poll which indicates 85% of the British public is in favour of renewable energy and believes the Government should be more supportive when it comes to the use of wind turbines and solar PV panels to help reduce our reliance on costly imported gas.

Commissioned by Friends of the Earth, the survey – which was conducted by YouGov – shows that almost 9 out of 10 people favour the use of wave, tidal, wind and solar power. Some 2,884 people were questioned and of those that participated just 2% backed the use of gas.

Commenting on the poll, Deborah Meaden said David Cameron really needed to listen to the public when it came to clean British energy and the use of green technologies.

“Gas, coal and nuclear are the technologies of the past. Our country has the skills and the talent to be world-beaters in the renewable energy technologies of right now. Friends of the Earth’s Clean British Energy campaign would switch the UK to home-grown clean power – we can’t afford not to.”

Craig Bennett, Friends of the Earth’s Director of Policy and Campaigns added that the public has spoken, expressing clear confidence in using the sun, sea and win for energy and that for the Government to pursue a costly dash for gas, which was forcing escalating hikes in fuel bills made no sense.

“David Cameron must back Britain by using his speech to kick-start a switch to clean British energy – it’s time to wave goodbye to costly fossil fuels and develop affordable power for the future,” said Bennett.

The Prime Minister is due to speak at the Clean Energy Ministerial on Thursday.

A week after Tim Yeo, the Chairman of the Commons Energy and Climate Change Committee...

NEXT POST E.ON apologises after incorrectly billing customer for £78k

Energy firm E.ON has issued an apology after sending an incorrect bill to a customer....