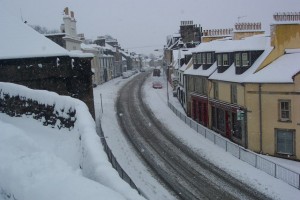 The recent spell of Arctic cold weather may be a forgotten memory for most – even if there is still a chance that the adverse weather will hit the UK again before the winter is over – but for others the period of snow, ice and freezing temperatures continue to cause problems.

According to a survey conducted by Which? Switch, approximately 65% of people have given more attention to their winter energy bills, whilst 38% – almost 4 out of 10 people – are worried about whether they can actually afford the bill. Furthermore, 14% of people surveyed admitted they had dipped into their savings – or, more worryingly, those of their children – to ensure they were able to pay for the increased demand of gas and electricity, whilst 18% of people had made other financial sacrifices, such as cancelling gym membership, in order to meet the increased fuel costs.

It has also been made clear over the past couple of weeks heat loss in homes and offices has become a major factor of the inflated fuel bills. Research undertaken by Faithful & Gould, part of the Atkins Engineering Design Group, has suggested an additional £1.2 billion of heat was lost during the two-week period that saw the UK gripped by extreme cold in comparison to a normal or average winter. This figure, which is based on 26 million homes and 2 million offices in the country, is likely to cause deep concern amongst those who have been campaigning for improved insulation and more energy efficient central heating systems.

The steps required to resolve the problem of heat loss can only be addressed by improving the energy efficiency of homes and offices. Achieving this is by no means a secret, as the Government and Energy Saving Trust have long been lauding the virtues of loft insulation, cavity wall insulation and double or even triple glazing. Furthermore, replacing old boilers with more energy efficient condensing boilers and technologically advanced heating controls can reduce the amount of fuel used to heat a home which could result in an annual saving of £235 according to the Energy Saving Trust.

PREVIOUS POST Does the Boiler Scrappage Scheme Fail the Poor?

The UK Government's Boiler Scrappage scheme was released under the guise of helping to...

Since the UK Government announced its Boiler Scrappage Scheme, which provides homeowners...

One thought on “Counting the Cost of 2010’s Cold Start”