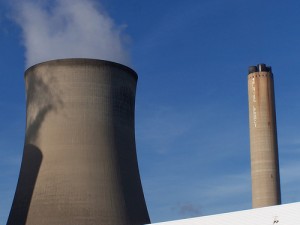 Despite frequent and vocal noises made by the UK Government that the country is committed to a greener future in which nuclear, solar, wind, tidal and geothermal technologies will be utilised in order to reduce and eventually eliminate the dependence on fossil fuels – notably oil and coal – it is clear that not everybody is listening.

In fact, this issue is not limited to the UK, as a recent survey by the Pew Research Centre for the People & the Press suggests that only 57% of Americans accept that climate change is a scientific reality.

Of course, the ever-growing gap in the Earth’s ozone layer is testament to the seeds of change that industrialised humanity has sown. Nevertheless, people and, more importantly, the major international energy companies are often reluctant to make changes to a format that has served modern man well, both in terms of providing reliable energy and lining the pockets of energy executives.

However, the UK Government’s call for change is apparently so weak that the leading energy companies in the country are planning to push forth with their plans to build new coal-fired power stations. Although such initiatives will no doubt increase jobs and stabilise local communities in the grip of a lingering recession, burning yet more fossil fuels to meet domestic energy demands is undoubtedly a backwards step in ecological terms.

Therefore, plans to build some 30 new coal-fired power stations are seen as a direct affront to both the UK Government and the ensuing environmental catastrophe, which is why protesters ascended chimneys of the Didcot Power Station earlier yesterday morning. Indeed, the Didcot site, which is operated by RWE npower, is seen as the latest battleground in a war that promises to last for many years to come as the increased demand for cheaper fuel conflicts with the need to prevent an ecological disaster.

According to the non-governmental organisation, Global Witness, renowned for uncovering...

There is much controversy surrounding the emergence of vegetable oil as a fuel source for...