A move towards green living in Britain is being blamed for rising energy bills, which are expected to double in the next five years. 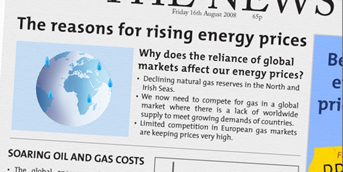 This week, Energy Secretary Chris Huhne is set to announce plans for a further departure from fossil fuels towards more environmentally friendly methods of power generation.

Predicted to cost some £200 billion, the move will see a surge in solar, wind and nuclear initiatives. Unfortunately, the cost of reducing carbon emissions will be absorbed by consumers, whose bills could double within five years.

The news is likely to upset many people who already feel that energy providers are being allowed to drive consumers towards fuel poverty in an effort to protect record profit margins.

Ahead of Mr Huhne’s announcement, UniCredit, a banking organisation operating across Europe, said: “According to our analysis, a typical UK energy bill could rise from the current level of £1,000 per year to over £2,000 per year by 2015. As investment occurs, bills could double every five years until 2020, in our view”.

Current Government estimates paint a different picture, with energy bills predicted to double only once in the next two decades. Mr Huhne has gone on record as describing UniCredit’s analysis as “extraordinarily rubbish”.

Speaking to the BBC, Mr Huhne added: “We’re not going to have the highest prices. That’s absolute nonsense. The reality is we have some of the lowest energy prices in Europe. We could get them even lower”.

Mr Huhne’s comments were made shortly after British Gas announced gas bills would increase by 18 per cent on average, with electricity bills expected to rise by 16 per cent. The new prices would take effect from the 18th August 2011.

Phil Bentley, the Managing Director of British Gas, said: “We are buying in a global energy market and have to pay the market rate. Rising wholesale costs is an issue facing all energy suppliers”.

Rejecting Mr Bentley’s argument, the Chief Executive of Consumer Focus, Mike O’Connor, said: “Wholesale costs have gone up but they are still around a third lower than their 2008 peak. Yet in this time British Gas’ prices alone have risen by around 44 per cent on gas and 21 per cent on electricity and suppliers have made healthy profits”.

PREVIOUS POST Cold and Miserable Winter Ahead For the Elderly

Charities across Britain are warning that many pensioners will face a cold and miserable...

In an effort to meet the growing demand for electricity and to reduce carbon emissions,...

One thought on “Energy Bills Set to Double in 5 Years”