The plight of a pensioner in Skipton has highlighted one of the many discrepancies of the privatised energy market. 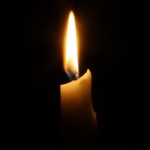 Pamela Barton, a widow living on Brougham Street, Skipton, has this month received an energy bill of £2,843.41 – a final demand for payment that includes current usage and arrears.

The bill was issued by E.ON, which has been receiving £42 per month from Mrs Barton since 2007. Unfortunately, the regular payments made by Mrs Barton have not been enough to clear her account, which continues to grow as her energy usage exceeds £42 in value each month. Mrs Barton has now resorted to candlelight to save money on electricity and gas central heating.

Mrs Barton said: “My pension is only £120 a week – I just can’t afford to pay all this. I’m just getting deeper into debt. I’m keeping the lights and gas off as much as I can. I sit with something warm around me and use a candle.

“I’ve even thought about selling the house. I’ve cried about how it could have come to this”.

Mrs Barton’s plight is one that is shared by many thousands of other energy consumers in the UK. Fuel poverty is a growing problem in the country and efforts to ensure the most vulnerable households can afford adequate energy appear to be failing.

Highlighting an apparent disparity of the energy market in the UK, whilst Mrs Barton, a fuel-poor pensioner and widow, struggles to afford enough energy to light a room or heat a stove, Stoke-on-Trent City Council has announced a deal with British Gas that aims to provide help for low-income households.

Under the deal, British Gas will invest around £3.6 million to improve the energy efficiency of 785 private and council properties in Northwood. Energy efficiency measures include installing solar PV panels, loft insulation, draught proofing and new condensing boilers. The measures should ensure that households in the area are able to save hundreds of pounds on annual energy bills.

Unless similar help is afforded to households in Craven, Mrs Barton may be spending her Christmas by candlelight.

Come March, the Renewable Heat Premium Payment (RHPP) scheme will be underspent by a...

Community heating projects in Scotland have been awarded a loans boost of £1.9 million,...