The UK Government’s drive to reform the energy market has received support from WWF, which noted that a move towards renewable energy would prove less costly in the long-term than persevering with fossil fuels. 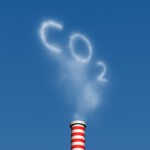 Head of Energy Policy at WWF-UK, Nick Molho, argued: “Any anticipated price rises due to renewables are dwarfed by the 90 per cent rises in household spending on energy that we’ve seen since 2004, including the latest by Scottish Power and British Gas, all of which have been mainly attributed to rises in the wholesale price of gas”.

Mr Molho added: “By moving to renewable technologies we reduce our exposure to volatile fossil fuel prices, play our part in sustainably addressing the growing threat of climate change and potentially give our economy a much-needed shot in the arm by creating new green jobs and manufacturing industries in the UK”.

Mr Molho made his comments in response to a report published by the Committee on Climate Change (CCC), which estimated that the cost of introducing renewable electricity generation to the UK on a much larger scale than has been seen so far would increase annual domestic energy bills by 4 per cent on average.

The Committee on Climate Change report did state, however, that the generation of renewable electricity should reduce household consumption by as much as 14 per cent (by 2020), thereby offsetting the cost to households. Despite supporting the measures in principle, Mr Molho believes the Government’s white paper does not go far enough in reducing energy consumption.

Mr Molho said: “Energy efficiency is a no-brainer. Reducing demand reduces carbon emissions and the amount and cost of electricity generation infrastructure which the UK needs to build, which benefits UK consumers and businesses”.

The WWF representative concluded: “In order to tackle rising bills head on the Government also needs to be much more ambitious in its efforts to improve the energy efficiency of the housing stock. The forthcoming Green Deal must be scaled up further to help people save money and reduce emissions”.

Energy conservation is important for most UK households, which can avail of smart meters, solar photovoltaic panels and other renewable energy devices to save money on bills.

The Government has estimated that the UK needs to spend £110bn on new electricity...

The Government is downplaying a minor rise in households suffering hardship due to...