In the wake of Fukushima, it seems Japan is looking to alternative sources of energy as an energy-saving campaign seeks to spread support for limiting the country’s electricity consumption. 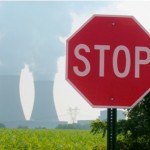 Support for a media campaign – known as ‘setsuden’ – is growing across the country. Setsuden – which means power saving in Japanese – aims to encourage people to start implementing energy saving methods by turning off lights, reducing the use of air-conditioners, and switching off computers.

From homeowners to office workers, setsuden seems to be having the desired effect. Even the chaotic capital of Tokyo has been transformed into a city of darkened buildings and billboards that flash daily rates of power consumption to tell the city’s inhabitants whether they have managed to conserve sufficient energy to avoid a blackout.

With the mood to save energy sweeping across the country, it’s providing a much needed platform and boost for those pushing for clean energy over a national policy which favours nuclear power.  Despite the fallout from the Fukushima power plant disaster which rocked Japan back in March, nuclear energy is still seen by many as the way forward.

Although Prime Minister Naoto Kan has laid out ambitious plans to generate 20% of electricity from alternative energy sources, as it stands less than 2% of Japan’s total power consumption comes from renewable energy sources.

Yet despite the current interest and national unity in saving energy, green activists are already worried that the trend may be short-lived. The Soft Energy Project – a non-government organisation that lobbies for the use of renewables such as solar energy – believes public support for setsuden is strong because people are living in fear of the type of power blackouts that followed the Fukushima nuclear disaster.

“To push renewable and safe energy to the national forefront and reduce Japan’s reliance on nuclear energy, it is important to sustain the current public setsuden mood,” said Soft Energy’s Kazuko Sato.

“I am worried that the public support could be temporary,” she added.

However, perhaps the tide really is turning. Slowly but surely. In a poll conducted by Japanese newspaper The Mainichi Daily, nearly three in four Japanese citizens expressed interest in moving away from nuclear power. But only one in 10 citizens believes there to be a need to cut ties immediately.

Regulator Ofgem has piled pressure on the leading energy suppliers in Britain by...

At a time when many households are struggling to afford the ever-increasing cost of...