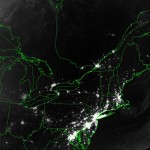 Such is the importance of a healthy and stable global environment, measures to improve energy efficiency are being implemented by governments throughout the world – or, at least, such measures can be implied by national and international energy efficiency targets.

In the UK, wind turbines, solar panels, biomass boilers and geothermal heat pumps have grown in popularity on the domestic stage, whilst loft insulation, double glazing and cavity wall insulation have proved equally effective in helping to reduce carbon emissions. One measure that the UK has not yet implemented is enforced blackouts.

In Anping County, a Chinese region in the Hebei Province, electricity has been cut to domestic, industrial and public buildings for 22 hours every three days since last month.

Earlier this month, Beijing stated it would restore power to homes here, but it is unclear whether this promise has been kept; moreover, schools, hospitals and factories remain subject to the 22 hour blackouts, which were ordered after similar cuts were introduced during the summer in the heavily industrialised provinces of Zhejiang and Jiangsu.

According to Beijing, the reason for the enforced power cuts is based on purely good intentions; indeed, there are less than four months left until the end of China’s current five-year plan, which aims to make the nation’s economy 20% more energy efficient.

China’s detractors may argue in the first instance that Beijing’s decision to enforce blackouts is based far more on energy conservation than energy efficiency. It could also be argued that Hebei Province and other areas of China are facing blackouts because of possible winter fuel shortages caused by a reduction in the coal supply. Whatever the reason behind China’s enforced blackouts, it is possible the target of reducing carbon emissions makes for a convenient excuse to hide other concerns or objectives.

Energy blackouts could also affect other economies throughout the world over the coming years.

Speaking ahead of the general election, the Conservative party’s energy spokesperson, Greg Clark, said: “The result is that we are cast back to the 1970s, facing the prospect of power cuts for the first time in 30 years”.

British Gas has added the Baxi Ecogen Micro-CHP (Combined Heat and Power) to its range of...