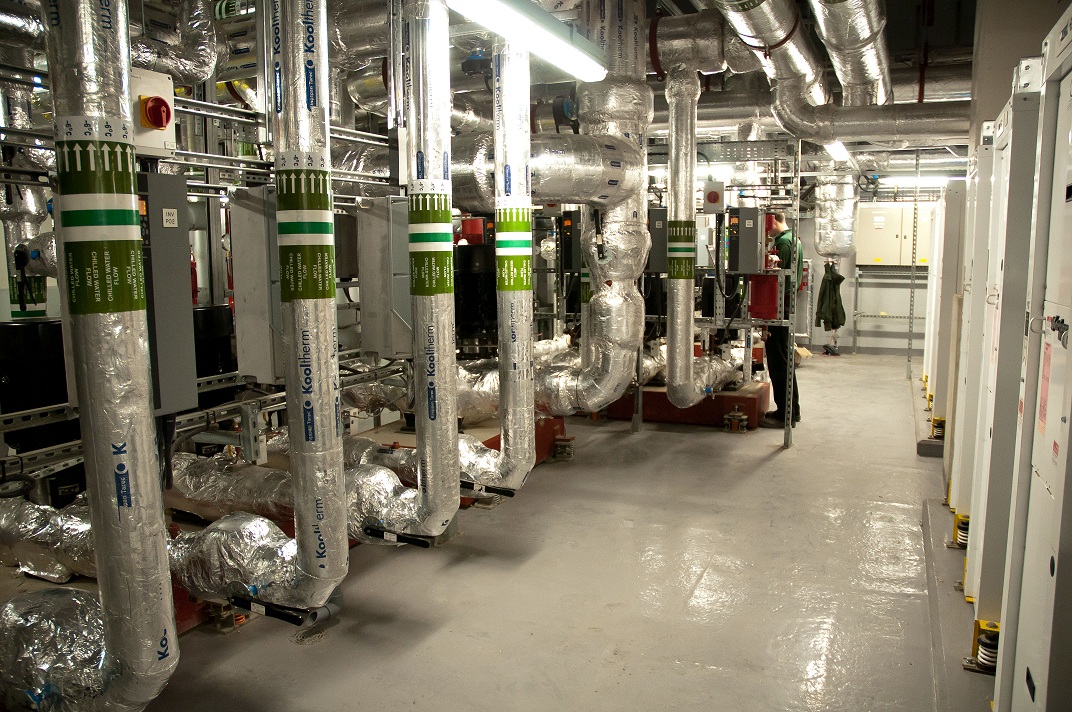 A London shopping centre has officially begun use of the largest geothermal heat pump in Europe.

The system, a renewable heat source, was unveiled by Greg Barker, the Minister for Climate Change, at the One New Change shopping centre.

Sustainability has been integral to the design of this centre, which has reduced its carbon footprint by at least 10 per cent through the use of renewable sources on site. This equates to a saving of around 900 tonnes of C02 emissions annually.

The development has maximised its energy efficiency through the use of large-scale geothermal heating technology, which means the One New Change can be heated and cooled with ease.

The heat pump was installed by Land Securities and is now the largest commercial application of its kind in Europe. The impressive feat was achieved by drilling to a depth of 150 metres and installing pipework which spans 60km in length. That’s long enough to wrap around the London Eye 140 times!

According to the owner of the shopping centre the system will save around £300,000 on heating bills each year.

One New Change has received an ‘excellent’ sustainability rating under the Building Research Establishment Environmental Assessment Method and hopes to inspire other commercial builds to follow in its footsteps.

Climate Change Minister Greg Barker said: “One New Change has set its sights on being the most innovative shopping destination in the city, so it’s no surprise it has installed the latest state-of-the-art energy efficient heating system. This is British innovation at its best, using the earth’s natural resources to solve our energy needs. Extracting warmth from the ground underneath London will help save on the building’s central heating bills and will cut carbon.”

Land Securities’ chief executive Francis Salway added: “We are proud to be pioneering this highly advanced renewable energy system at One New Change. The shopping and leisure destination is transforming the city of London and now with this technology we hope to transform the way the industry designs and builds properties.

“The renewable energy system will deliver carbon reductions, cost savings and a comfortable work environment, making it a truly sustainable building of the future.”

Experts from Honeywell will be attending this year's Ecobuild exhibition to explain why...

SunShare is the latest new solar investment scheme for UK households. Like the...