The British Government has been accused of sending out mixed signals on green policy to businesses. 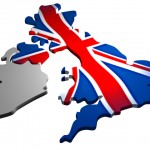 The Institute of Public Policy (IPPR), a leading think-tank in the UK, made the accusation after researching carbon regulations and canvassing nationwide firms.

Mr Plant added: “Businesses need to know the government will provide consistent support for their investments – and at the moment ministers blow hot and cold on their commitment to a green future, but the government’s unilateral carbon price floor is a policy which should be scrapped.

“It is ill-designed as it reduces British competitiveness, won’t cut emissions and will drive up fuel bills, pushing more people into fuel poverty”.

Fuel poverty is an issue that affects millions of households across Britain, where the rising cost of electricity and gas central heating has caused many people to suffer serious financial hardship; indeed, some of the poorest households have been forced to choose between heating their homes and buying sufficient food for the month.

According to figures published by the Department of Energy and Climate Change (DECC), the number of fuel-poor households in the UK fell by 750,000 to 4.75 million. Critics of the government’s green policy have argued that energy bills have increased by an average of £150 since 2010, so it is likely that fuel poverty is set to worsen this winter.

Green policy stimulates fuel poverty by levying charges on energy consumers for subsidies. In recent months, much attention has focused on the changes made to Feed-In Tariffs (FITs), which have been reduced from 43p per kWh to just 16p (as of August 2012).

While the solar industry feels betrayed by government, the poorest energy users might feel that justice has been served; after all, their bills have increased to subsidise the cost of installing solar PV panels technology on the wealthiest of homes.

Without effective, consistent green policy, however, Britain will not move towards a green future.

Northern Ireland householders are being clobbered by spiralling energy costs; more so...

NEXT POST Install a condensing boiler to lower your energy bills

According to the latest press release from Boiler Guide, if you want to lower your home...