The domestic central heating and insulation markets are set for a boost if plans to allow homeowners to borrow up to £10,000 for renewable energy home improvements go ahead. Announced within the last few days, the plans have been devised by the UK’s Green Building Council, which was asked to facilitate a workable strategy for the Government’s latest green proposals. 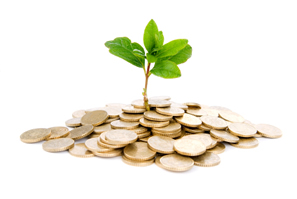 The UK Government is keen to honour its green targets, which demand a sizeable cut in carbon emissions and aim to ensure that more energy is generated from clean renewable sources. The country’s housing stock, which produces a significant proportion of the UK’s carbon emissions, requires fundamental changes in order to adapt to these targets.

The Government is aware times are hard, economically speaking, so homeowners cannot easily finance all necessary changes. The housing market has been brought to its knees during the recession and is not expected to recover for several years. Nevertheless, the Government is eager to drive through its plans to shake up the way the country harnesses energy, so the task of adapting houses is considered crucial. Moreover, the Government wants action to be taken sooner rather than later in order to meet longer term green objectives over the next fifty years or so.

Therefore, the Government has already spent considerable amounts of public funds on sourcing new energy. Leading energy firms such as E.ON are already building massive wind power farms in collaboration with the Government. Thus, the £10,000 that might be made available to homeowners, which will most likely be paid back through council tax payments, will go a long way to fitting solar panels, insulating lofts and installing low energy boilers.

Owning and managing 21 operational wind farm sites across the UK, E.ON is the country's...

E.ON has recently launched its Watt Watchers 2009 competition. Whilst this is clearly a...