A cross-party group of politicians has urged the British Government not to give up on green investment in a “desperate dash for growth”. 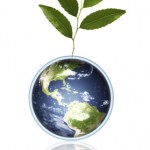 The advice came in the form of a report published by the Environmental Audit Committee (EAC), which accused government ministers of failing to deliver on their green promises. The EAC added that the Coalition’s stance on green policy is largely unsatisfactory, with many of the most fundamental changes and measures left to the market.

Chair of the committee, Joan Walley, said: “The Prime Minister should show leadership and put the green economy at the heart of the Government’s plans to revive the economy”.

Ms Walley added that the Treasury appeared to view green policy as little more than expensive red tape. Obviously this does not correspond with Prime Minister David Cameron’s pledge to run the ‘greenest ever government’. Without effective green policy, the health, standard of living and even economic welfare of Britons could be put in jeopardy.

Ms Walley also stated that there is no sign of the Treasury embedding green policy into its overall economic strategy, assuming it has one. Instead, the department has made plans to build new road networks and increase gas and oil extraction.

The committee chair noted: “Rising global demand for commodities and fossil fuels means that prices will continue to rise, so it is incredibly short-sighted of the Treasury not to give businesses clear incentives to use resources in a smarter way”.

Unless Downing Street takes seriously environmental issues, ministers and members of the public ought not to expect any improvement in energy savings or carbon emissions. At the domestic level, the crippling cost of electricity and gas central heating has driven millions of British households into fuel poverty. Reports have already found that many families are having to choose between energy and food because they cannot adequately afford both, but fuel bills continue to rise. The increase is partly driven by energy suppliers’ reluctance to pass on wholesale savings, but green subsidies also play an important role in prices.

Households in the UK can save money on fuel bills by installing energy-saving measures throughout the home. These include double glazing, loft insulation, cavity wall insulation, solar panels and energy efficient boilers.

New research has revealed that tenants in private housing tend to be the hardest hit when...