Despite its potential the Government’s revolutionary home insulation scheme, the Green Deal, is likely to fall flat on its face without urgent reforms say green and consumer groups. 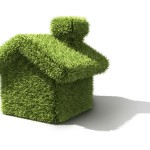 The warning comes from Greenpeace, Which? and the World Wide Fund for Nature who, along with insulation specialist Knauf and the National Pensioners Convention, are calling on Ed Davey to save the scheme before it fails “on all fronts.”

Business Green are exclusively reporting that the organisations have banded together, writing to the Energy and Climate Change Secretary to warn that in its current form the Green Deal scheme is highly unlikely to deliver for the economy, the environment or consumers.

Key to their argument is the Government’s very own impact assessment report. The groups have raised concern over the scheme’s focus towards solid wall insulation and the impact it could have on demand for cavity wall and loft insulation. The letter, which was sent last month, states that the current flawed policy will have a “devastating impact” as costs will spiral upwards.

The letter goes on to say: “The Impact Assessment for the Green Deal predicts a significant fall in uptake of loft and cavity wall insulation, and that job losses in this sector are likely. This means that you propose forging ahead with a policy that could have a devastating impact, not only on consumers’ ability to cut their energy bills, but also on the home insulation industry, while seriously undermining attempts to cut carbon emissions.

The Green Deal is a Government financing scheme designed to help energy consumers improve their home insulation at no upfront cost. Commenting on the letter, Shadow Climate Change Minister Luciana Berger MP said it was “yet another stark warning to the Government that their current plans simply don’t add up.”

“To be successful the Green Deal must be a good deal for hard pressed consumers struggling to meet the cost of sky high energy bills,” she added.

Ms Berger pointed to the 7.5% interest rate for Green Deal loans resulting in homeowners potentially paying more than twice as much for carrying out improvements to their homes.

“For example a Green Deal package worth £10,000, with an interest rate of 7.5% over 25 years, would cost £22,000 in total to pay back. Only this out of touch Government could believe the public will think this represents a good deal,” said the MP.

As the Government struggles to drive demand for the financing scheme, which is due to be launched in October, this isn’t the first time that the energy efficiency industry has voiced their concerns. And no doubt it won’t be the last, either.

Sainsbury's, one of Britain's biggest and most popular supermarkets, has laid claim to...