Greenhouse gas emissions in Europe are on the increase but despite the rise the EU remains on track to meet set targets to cut gas emissions by 2020. 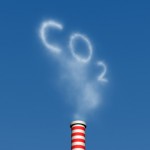 According to the European Environment Agency (EEA), last year gas emissions increased by 2.4%, compared to a 7% drop in 2009. The rise is being attributed to a return to economic growth, coupled with a cold harsh winter, which caused more people to put their heating on.

Under the Kyoto Protocol – which is aimed at fighting global warming – the industrialised countries which have committed themselves to the initiative, must meet individual targets to cut their greenhouse gas emissions and to keep the EU on track. The protocol was established in Kyoto, Japan, in 1997, and is based on principles set out in a framework agreement signed in 1992.

“This experience shows we can reduce emissions further if we consider the climate impacts of various policies more systematically,” she added.

The 15 member states that committed themselves to the Protocol have successfully manged to reduce their emissions by 10.7% on 1990 levels. By beating the 8% target that was originally set, it means the EU remains in a good position to meet its goal.

One in four UK households could well be forced into fuel poverty, thanks to the...

If you're a builder, renovator or simply someone interested in making your home greener...