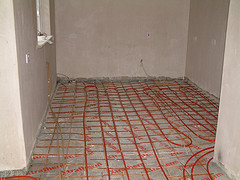 The calls for more energy efficient central heating systems have sounded for quite some time now. In light of the burgeoning environmental problems and rising cost of domestic fuel bills, homeowners are faced with the realisation that something needs to be done to address the inefficiency of houses in the UK.

According to research compiled by the Nationwide Building Society, however, the vast majority of Britons do not want to abandon the comfort and convenience provided by existing central heating systems. Therefore, greater time, effort and money must be spent on ensuring that houses are made more environmentally friendly. double glazing,loft insulation and cavity wall insulation are typical examples of the more basic measures that can be undertaken by those who aim to improve energy efficiency in the home.

The UK Government’s Boiler Scrappage Scheme is another energy saving measure that can be employed by homeowners, as it offers each eligible household a £400 voucher that can be put towards the cost of replacing a G-rated boiler with a significantly more energy efficient A-rated model. The Boiler Scrappage Scheme’s £400 offering has been matched by most of the leading energy providers in the UK, including British Gas, so customers can potentially save up to £800. However, whilst all of the aforementioned measures can make a significant impact on improving the energy efficiency of homes, it may be advisable to replace the traditional radiator central heating system with one that is decidedly more energy efficient and convenient: underfloor heating.

According to Ian Mills of the Underfloor Heating Manufacturers Association, Britain has it all wrong so far as radiator central heating systems are concerned. Mr Mills argued: “In Germany, it’s extremely rare to find a home without underfloor heating and the situation is similar in Scandinavia”. Nationwide research suggests that British homes are the least energy efficient in Europe and are responsible for 27% of the nation’s carbon emissions. Replacing a radiator central heating system with underfloor heating may appear to be an unnecessarily expensive option, but the potential savings on fuel bills and carbon emissions have made it a distinctly more attractive solution.

The unseasonably cold weather that marked the turn of the decade has lingered across much...

On Tuesday, the UK Government proposed legislation that would enable homeowners to take...

One thought on “High Time to Invest in Underfloor Heating?”