A hospital in South Manchester has been recognised for its energy saving measures, as part of an environmental drive to reform energy efficient standards across the NHS. 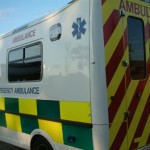 Hospitals are not known for being the most environmentally friendly places, but the University Hospital of South Manchester (UHSM) is a pioneer when it comes to implementing green energy saving ways.

Energy efficiency measures are high on the hospital’s agenda, and part of a growing movement to improve the environmental performance of hospitals across the UK. The hospital already benefits from a wealth of renewable energy technology, including ground source heat pumps, biomass boilers and more efficient lighting and insulation, thanks to central government funding in less-leaner times.

The hospital is determined to improve on its success so far, by employing more efficient, more sustainable technologies – and promoting better housekeeping techniques to control energy use.

Paying £12 for every tonne of carbon emitted – currently £250,000 a year – the installation of biomass boilers has enabled the hospital to save £40,000 annually. In fact, the University Hospital is already way ahead when it comes to beating its 2012 carbon reduction target of 20%, although thanks to expansion plans, its 2020 goal of 34% may prove harder to beat.

Last year the Government conducted a survey which shockingly, although perhaps not surprisingly, revealed that eight of the ten worst emitters of greenhouse gases in England and Wales were hospitals.

But things are changing – albeit slowly. Take Wythenshawe Hospital, as another example. Last year the hospital – run by University Hospital of South Manchester foundation trust, won the Guardian Public Services Award for implementing a package of environmental measures.

Elsewhere, Musgrove Park Hospital has apparently set itself up as the first hospital in the UK to achieve its green energy efficiency ambitions thanks to private finance. Over the next two years, the hospital aims to cut its consumption by more than 40% and carbon emissions by 43%. With a £1.8m annual energy bill and costs forecast to double by 2017, it would enable Musgrove Park to save £17m over two decades.

With the NHS hemorrhaging money in fuel and electricity bills, it seems more and more hospitals are looking to the benefits of investing in sustainable technologies.

The first of the "Big Six" energy firms to sign up to the Which? smart meter challenge,...

It's been a while coming, but EDF Energy is finally following in the footsteps of its...