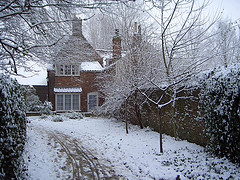 Many households are facing a wait of up to a month for heating oil.

The situation, Government Ministers admit, could become ”very serious” if the poor weather continues, with many homes facing a wait of up to four weeks for oil to be delivered.

The dismal news follows last month’s announcement of rocketing oil prices. The cost of oil has risen from under 40p a litre of oil to more than 70p in some cases.

The price hike has led to warnings from police forces in rural areas, who are urging homeowners to protect their oil from thieving gangs, who are siphoning off heating oil from tanks.

Just before Christmas, police in Worcestershire arrested a man on suspicion of theft after more than £2,600 worth of heating oil was stolen from rural households. This is just one of the cases to be reported in recent weeks from around the UK.

Energy Minister Charles Hendry says the Office of Fair Trading will now be investigating any alleged cases of price-fixing.

The Government is said to be talking to oil suppliers about rationing oil so that the estimated 660,000 homes, many in remote areas, do not go without.

Thousands of public buildings, including schools and hospitals, also rely on oil for their central heating.

On Monday, 465.8 million cubic metres of gas were used in Britain, setting a new all-time...

Energy and Climate Change Secretary Chris Huhne has announced that this year’s...