It’s been revealed that energy companies operate a “postcode lottery” when it comes to calculating how much a household has to pay for their gas and electricity. 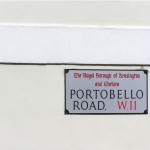 According to price comparison website uSwitch.com, depending on where you live, you could be paying up to £180 more as part of a postcode lottery which the “Big Six” energy providers operate. Although uSwitch found the average difference based on address was £76, E.on customers in Brighton where paying £984 for exactly the same tariff, compared to London customers who were required to fork out £1,164 a year for heating and lighting.

All members of the “Big Six” operate a similar postcode lottery, which originates from the cost of sending energy to different areas. The system also remains a legacy of the privatisation of the electricity industry, which saw 14 regional electricity companies transformed into private firms at the beginning of the 1990s.  While those original 14 companies have since emerged into the “Big Six”,the old geographical price differences still remain.

“Consumers face a postcode lottery – the price they get literally does depend on where they live,” commented Ann Robinson from uSwitch.

“But while this can catch out the unwary, once people are aware of regional pricing they can very easily turn it to their advantage simply by making sure they are with the supplier offering the best price in their area,” she added.

Whilst their research indicates that Brighton is best for deals, according to uSwitch customers in Leeds and Bristol were also able to source cheap options, if they shopped around. However, the news was not so good for households in Cardiff. Thanks to the postcode lottery, households in the Welsh capital face some of the country’s highest gas and electricity charges, with the cheapest online deal hitting the higher end of the scale at £1,065 a year.

Research also revealed that there is a £106 difference between the cheapest and most expensive online tariff rates for Cardiff households.

PREVIOUS POST 6% of Households Too Poor To Heat Their Homes

An online poll has revealed that 6% of UK households cannot afford to turn on their...

A project set up to provide thousands of social tenants with solar PV panels is under...