An innovative plan to generate clean electricity from a decidedly unclean source is at risk of being scrapped due to uncertainty over subsidies. 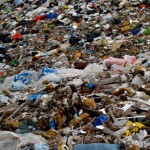 It is feared that, unless the Government increases subsidies for renewable energy projects, Air Products will not go ahead with its plan to develop a large-scale gasification facility in Stockton-on-Tees.

Planning permission for the facility has been granted, but the company is not expected to proceed with the project, which aims to convert landfill waste into gas, unless the Government resolves speculation over the subsidies. The Air Products facility would be capable of turning around 300,000 tonnes of waste into energy for approximately 50,000 homes each year.

Air Products’ European Hydrogen and Bioenergy Director, Ian Williamson, said: “We’re really pleased to have secured Stockton council’s approval for our first energy from waste project in the UK. Our facility will be using the latest and most advanced gasification technology to generate renewable power and at the same time, contribute towards Stockton council’s environment, energy and economic investment objectives”.

The UK is duty-bound to find new, more environmentally friendly sources of energy, yet the Coalition Government’s extensive public spending cuts have limited the ambitions of many renewable energy pioneers in the country. As the cost of gas central heating increases and the need to reduce carbon emissions intensifies, it is important that innovative projects such as Air Products’ landfill gasification facility are embraced by Government.

Air Products requires assurance that greater support will be provided through the ROC (renewable obligation certificate) system, which is essentially the currency established for Government subsidies.

Ignoring the issue of subsidies, the Minister for Energy and Climate Change, Greg Barker, lauded the benefits of the Air Products scheme. Mr Barker said: “Energy from waste leads to considerable reductions in waste going into landfill and makes an important contribution to the UK’s low-carbon energy supply. This new technology will be an exciting addition to the energy from waste sector and I look forward to seeing the announcement of more of these projects”.

Speaking to the media last week, Secretary of State for Energy and Climate Change, Chris Huhne, admitted: “The key issue is setting the level of support – enough to deliver what is needed, but not too much”.

As a means of boosting the uptake of renewable heating technologies, social housing...

Heating industry insiders are concerned that the Renewable Heat Premium Payment could be...

One thought on “Landfill Energy Project Under Threat”