According to new measures proposed by the UK Government, zero-carbon homes are destined to become more prevalent within the next four years, whilst householders could be required to implement energy efficiency improvements throughout the home if they carry out renovations. 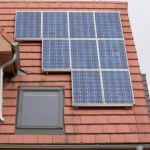 Government support for zero-carbon homes was declared some time ago, but the suggestion of forcing entire home greening if renovations are carried out is a recent development – and one that is likely to attract controversy.

Andrew Stunell, Communities Minister for the Liberal Democrats, wrote about the need to ensure that targets for zero-carbon homes are reached by 2016. Mr Stunell claimed that the proposed changes to building regulations would ensure that “buildings are safe and sustainable whilst helping to secure future growth and employment by means of a robust and effective bedrock of regulation”.

Helping to ensure the zero-carbon compliance of homes throughout the UK is obviously a worthy objective of any government proposal, but forcing homeowners to implement comprehensive changes if they build an extension or renovate part of a property might prove an especially onerous condition at a time when many households are struggling financially.

The proposals have served to clarify speculation on what zero-carbon compliance might mean for homeowners throughout the UK. It has been suggested that, rather than focus solely on carbon, energy saving targets ought to concentrate on energy usage. Flats and mid-terrace houses should satisfy that a target of 39kWh/m2/year, whilst semi-detached and detached domestic properties ought not to exceed 46kWh/m2/year. </p>

Additional savings are anticipated if more households install solar PV, but the future of Britain’s solar industry is currently in the balance. If government plans to reduce Feed-In Tariffs (FITs) is given the legal go-ahead, new solar installations are likely to decrease in number. Although not as lucrative an option to future households as it has been thus far, installing solar panels will help generations of households save money whilst meeting specific carbon and energy targets.

Enforcing home greening when renovations are carried out may be deemed a step too far for some, but the Government is likely to press ahead with the proposals in order to better its chances of meeting wider carbon-emission targets.

Energy secretary Chris Huhne has tendered his resignation after learning that he is set...

Consultancy firm KPMG has announced that it does not intend to publish the findings of a...