A new study by Anglian Home Improvements has discovered that the British public continues to lack motivation when it comes to saving energy and that despite the best of intentions – around 94% of Brits say they are keen to become more efficient with energy – when it comes down to it only 37% claim to actually be energy efficient. 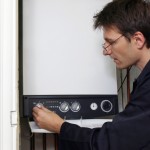 The survey, which was conducted by the home improvement giant to mark last month’s Big Energy Saving Week, revealed some surprising if not shocking results. It appears that despite energy bills being at an all-time high 40% of those surveyed said they still leave the heating on all day while a third even leave doors and windows open when the central heating is switched on. Talk about an obvious way of wasting unnecessary energy.

It’s back to basics for many of us, if the energy efficiency survey is anything to go by. Simple things like leaving the TV on when we’re not even in the room – or leaving it on standby all night, which nearly half admit to doing – while a considerable number of people (63% according to the survey) leave mobile phones on charge overnight.

Most homeowners in the UK say they worry about escalating energy prices and yet nearly a fifth of Brits still don’t have energy saving light bulbs, while 29% continue to overfill the kettle when boiling it and 46% opt for wearing extra clothes in the home to keep warm rather than turning up the heating. And while 40% of us still don’t have energy efficient windows or doors, just 44% of people have an energy saving condensing boiler installed in their home.

Commenting on the survey’s results, Melanie McDonald, Head of Marketing and Communications at Anglian Home Improvements said: “The cost of running a household is radically increasing due to rising energy prices and food inflation. So as we head into the winter months and energy consumption increases, it’s more important than ever for people to look at ways they can improve their energy efficiency.

“There are lots of quick, easy things we can all do straight away and there are also many ways in which homeowners can improve the efficiency of their property for the longer term. Installing the best thermal double glazing on the market, for instance, will ensure they get the maximum return on investment and benefit for many years to come.”

A new initiative which has been introduced to help energy consumers across Greater...

Big Energy Saving Week has proven so successful in Manchester that the week long energy...