As developers plan to convert hundreds of acres of British farmland into sites for solar photovoltaic panels, researchers in the US have published a paper on how solar power can be used at the smallest scales to produce steam for domestic and commercial applications. 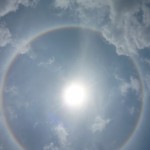 In South Molton, North Devon, planning permission for an 18-hectare solar panel farm has been endorsed by South Molton Town Council. Lumicity Limited submitted the application in July. Although a final decision on the application is subject to a site visit, councillors have granted preliminary approval of the project, which if implemented will result in the installation of 35,116 solar PV panels. The large-scale solar array would generate 9.2 megawatts of electricity and would last for 25 years.

Meanwhile, in Denby, Derbyshire, villagers have reacted angrily to plans for a 100-acre solar farm on Street Lane. Residents are said to be concerned about the environmental impact of the site, which would support as many as 7,000 solar panels.

Sona UK, the energy firm which submitted the application, insists that every effort would be made to reduce the visual impact on residents. Hidden behind hedges, the solar panels that would be used by Sona UK are modified to reflect as little sunlight as possible.

As similar applications are made across the UK, researchers at Rice University, Texas, believe they have identified a new type of use for solar panels. Utilising nanoparticle technology, the researchers have demonstrated that solar energy can be used efficiently to convert molecules of water into steam.

Professor Naomi Halas explained: “We’re going from heating water on the macro scale to heating it at the nanoscale. Our particles are very small, even smaller than a wavelength of light, which means they have an extremely small surface area to dissipate heat”.

Halas added: “This intense heating allows us to generate steam locally, right at the surface of the particle and the idea of generating steam locally is really counter-intuitive”.

Rice University’s innovative approach to solar thermal energy has superb commercial potential. 9 per cent more efficient than conventional use of solar photovoltaic panels, the technique could improve alcohol distillation by around 250 per cent, whilst desalination and sterilisation technologies could be introduced on the smallest or largest scale.

Energy Secretary Ed Davey has today announced plans to overhaul the energy market in an...