When it comes to unpleasant mail dropping through our letter boxes, gas and electricity bills must surely top the list of the most hated. And to rub salt into our wounds, it turns out that one in every four energy bills are actually incorrect. 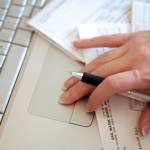 Nasty surprises are part and parcel of household energy bills. And the news that so many of them are wrong will only compound the negativity surrounding gas and electricity providers, who already suffer from tarnished reputations in an industry much hated for its escalating greed.

If you haven’t had a shock upon opening your gas and electricity bills then you’re likely to be in the minority. Most of us will, at some point, have had to endure the nasty surprise after being presented with a bill that seems to have one too many digits.

Research from popular comparison website uSwitch.com has revealed that more than one in three households have in fact unexpectedly been in debt to their energy supplier, owing money due to a discrepancy between an estimated bill, where the meter hasn’t been read, and a real bill. In these situations, on average households have owed just over £150.

In most instances, whether the mistake turns out to favour the energy provider or the consumer, it can be a hassle to put mistakes right. Given the fact that there are in access of 120 different energy tariffs available, most people – around two in three customers in fact – simply cannot be bothered to change their tariffs. Even though it could help them to save money, it seems the hassle factor prevents most from making the switch.

And that’s a shame, because the savings are there to be had. For example, according to Moneysupermarket.com the cheapest online tariff would see an average household pay £1,027 a year (with First Utility) compared to the most expensive standard tariff currently on the market which costs £1,349 (with Scottish Power).

uSwitch.com director Ann Robinson said that because customers were having to pay hundreds – and in some cases even thousands of pounds annually – accurate billing was a right not a privilege.

“Billing blunders can cause consumers to end up out of pocket, as well as wasting time and effort trying to get the issue resolved,” she said, adding: “The energy industry is worst for inaccuracy, ahead of banks, council departments, credit card companies and other utility companies – only the Inland Revenue trumps it for getting bills wrong.”

Aside from making sure your bills are accurately and regularly read, as opposed to estimated billing, there are a variety of ways in which you can cut down on your household energy costs. It’s worth considering implementing a few energy saving tips, which could include:

The 'Big Six', the country's six largest energy suppliers, will be made to tell their...