Prime Minister David Cameron and Deputy Prime Minister Nick Clegg have been briefed on the problems affecting the Government’s Green Deal initiative, which aims to improve energy efficiency in homes throughout the UK. 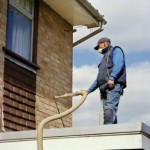 The Coalition’s flagship green policy aimed to reduce energy consumers’ reliance on gas and oil central heating in more than fourteen million homes. It was also integral to the leadership’s carbon emission targets, which are unlikely to be met if households continue to use more energy than necessary. An additional objective was to tackle the growing problem of fuel poverty.

Despite promising to be the ‘greenest ever government’, the Coalition no longer appears certain about its environmental policy. The success of the Green Deal remains in the balance. Government ministers have delayed core aspects of its implementation and now Mr Cameron and Mr Clegg are discussing the policy at the highest level.

A spokesperson for Downing Street commented: “As we implement all policy, we maintain constant dialogue with stakeholders and businesses who have an interest. The Deputy Prime Minister and Prime Minister are fully committed to the Green Deal”.

Shadow Climate Change Minister Luciana Berger said: “That No 10 has had to call in the Cabinet Office to fix up the Government’s flagship green deal is a clear admission that the current proposals are a complete mess, which won’t deliver the new jobs, lower bills or reduced carbon emissions we all want to see”.

The Chief Executive of the Committee on Climate Change, David Kennedy, added that the Green Deal in its current form would only reach up to three million homes. After doubts were cast over the type of green measures covered under the policy (it remains unclear whether loans will be provided for loft and cavity wall insulation as originally intended), Mr Kennedy noted that leaving the “transformation of the entire building stock of this country” to the market was decidedly unwise.

Housing officials in Newcastle have been criticised after plans to build a new...

Residents in Bristol are set to benefit from solar PV technology after a local...