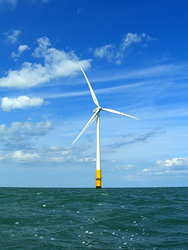 According to a recent report in the Guardian online news service, The Crown Estate has announced the names of nine winning organisations that had been bidding for windfarms that are set to produce some 25GW of electricity for domestic use. The bids were tendered as part of the UK Government’s new £75 billion programme to construct thousands of offshore wind turbines around Britain, which are hoped to go some way towards solving the country’s green energy requirements.

Much speculation has centred on the capabilities of wind power as a means of addressing the nation’s renewable energy aspirations. Undoubtedly, it is crucial that Britain continues to strive towards producing green energy initiatives in order to secure a healthier future not just for itself but also the world; indeed, climate change is a very real problem that is starting to position itself as a threat to modern living.

According to PM Gordon Brown, the nine licences issued to the aforementioned organisations will provide a “substantial new platform for investing in UK industrial capacity” and that the “offshore wind industry is at the heart of the UK economy’s shift to low carbon and could be worth £75 billion and support up to 70,000 jobs by 2020”.

With dwindling supplies of oil and gas – oil production from the North Sea is currently being outstripped by demand and Britain reportedly has just eight days worth of gas in storage compared to France and Germany’s four months or so – and an ever-increasing hole appearing in the ozone layer, there is arguably no greater time than the present to invest in green energy technologies. Whether the UK Government’s strategy to source 15% of its total energy needs from wind power by 2020 is ambitious enough or even realistic enough remains to be seen.

It appears the unusually cold weather now affecting Britain is to linger for sometime to...

Climate change is a real and present danger, with current predictions estimating...