EBTech Solutions Limited is celebrating this week after a large-scale installation of straw-fired biomass boilers was approved under the Renewable Heat Incentive (RHI). 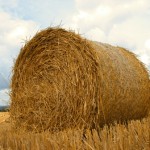 The RHI is a government scheme designed to “revolutionise the way heat is generated and used in buildings and homes”. EBTech Solutions announced on Wednesday the biomass boilers would be installed at Glen Avon Growers in Cottingham.

Matthew Blood, director of the firm, claimed the project is the first of its kind in the UK to feature horticultural heating under the RHI. Mr Blood commented: “The Cottingham project has gone quite well. There have been a few challenges, such as having to build the boiler within the building.

“We are pleased to be leading the way in biomass heating, not only in Yorkshire with the Glen Avon project but with a diverse number of projects throughout the country”.

Highlighting the recent success of EBTech Solutions, which was incorporated four years ago, Mr Blood said: “We have done ten installations all over the country since 2008. This year we potentially have a further ten jobs. It is looking like a bright year for the company and we are continuing to double turnover year on year”.

The concept of horticultural heating is one many people in the UK might find difficult to understand, but is essentially about utilising various materials and substances for use as fuel, usually in central heating systems.

EBTech Solutions’ project uses the abundance of waste straw in Yorkshire to fuel specially designed biomass boilers, which are said to be environmentally neutral because their carbon footprint is more or less equal to the amount of carbon dioxide that would be naturally released into the atmosphere when the material – in this case straw – breaks down.

Domestic biomass boilers can use straw, but traditional systems are fired by wood pellets and logs. Large-scale heating systems can burn other sources of fuel, including wheat, oat husks and olive kernels.

Explaining why straw-fired boilers were chosen for the Glen Avon Growers project, David Schellingerhout said: “East Yorkshire is surrounded by straw, so this option seemed the logical choice. It will bring stability to our energy price. It is also great to think we are not using the world’s commodities, we are using something that is renewable”.

The winner of Boiler Guide’s prize draw has been announced, according to the latest...

NEXT POST Yet More Delays Befall the Renewable Heat Incentive

The British Government has put on hold plans to implement the second stage of the...