The Federation of Petroleum Suppliers (FPS) have launched a ‘Get Winter Ready’ campaign to encourage homeowners heating their home with oil to prepare themselves for the cold winter months.

1.5 million homes around the UK are powered by oil boilers and have been told that they should stock up on oil now while prices are low.

Sutherland Tables, a recognised source of comparative heating prices, has found that for homeowners living off the gas grid, the annual cost of heating a 3 bedroom house with oil (£1,178) is cheaper than LPG condensing boilers (£1,647) and almost half the price of electric storage heaters (£2,069). 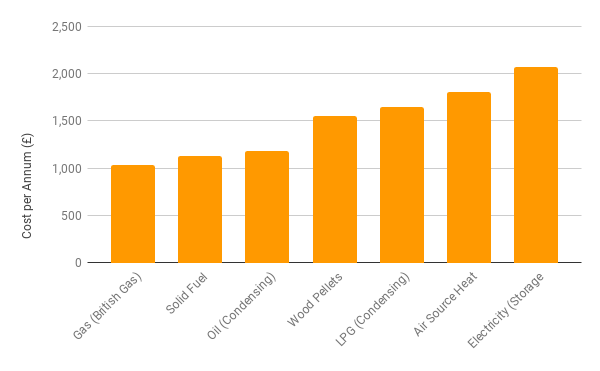 The research also shows that heating an off-grid home by running an oil condensing boiler works out cheaper than an air source heat pump with radiators (£1,805) and biomass boilers (£1,548) annually.

FPS Chief Executive, Mark Askew said: “Heating oil is the cheapest form of energy right now and has been since January 2015. FPS is keen for consumers to make the most of oil prices by buying before winter arrives and to plan for ways to reduce energy costs during the colder months.”

After the ‘Beast from the East’ of 2018, being prepared ahead of this winter can only be a good thing.

This is the 4th consecutive year that the FPS has run its ‘Get Winter Ready’ campaign and does so with the UK government, the Citizens Advice Bureau and Action with Communities in Rural England (ACRE), to stress the importance of being prepared for winter.

How Else Can Homeowners Prepare

Ensuring that you have enough oil to heat your home during the winter isn’t the only way you can prepare to keep warm:

PREVIOUS POST Why is My Boiler Leaking? 7 Possible Causes

First things first, if your gas boiler is leaking water do not attempt to fix it yourself...

Only 1 in 4 people across the UK would report an instance of energy theft despite 92% of...