We all know that embracing energy saving home improvements such as cavity wall insulation and fitting a modern A rated condensing boiler can bring down the cost of household energy bills considerably. But did you know that energy efficiency measures can also boost the market value of your home by up to 38%? 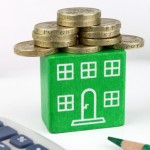 According to the latest press release from the Department of Energy and Climate Change (DECC), the right home improvements can not only save homeowners money on their energy bills but research has revealed they can also increase property prices by a not to be sniffed at 14% on average and up to a whopping 38% in certain parts of the country.

Thanks to the introduction of energy efficiency schemes like the Green Deal, millions of homeowners across England are being given the opportunity to upgrade their ageing homes, helping heat them more efficiently and prevent unwanted energy leaks. We pay through the roof to heat our homes; wasting energy unnecessarily just adds insult to injury.

With the Green Deal inefficient homes will potentially become a thing of the past. Through the scheme a range of measures can be carried out at no up front cost, including installing solar photovoltaic panels, energy efficient double glazing and loft insulation.

Energy Performance Certificates (EPCs) determine how energy efficient properties are. Average homes who increase their EPC banding from G to E, or from D to B could see at least £16,000 added to the sale price of their property. Homeowners in the North East and North West, where a large proportion of the country’s aging housing stock resides, can boost their home’s value by £25,000 and £23,000 respectively by investing in energy saving improvements which take their property’s EPC rating from a band G to E. Moving from EPC band G to an A or B rating could add as much as 38% to the value of homes in the North. The average increase in England for transforming G rated inefficient properties into energy efficient homes (band A or B) is 14%.

Over 300,000 property sales which took place between 1995 and 2011 were used to help DECC compile its report, with the research revealing that as much as 46% of homes in England currently achieve an EPC band D rating.

Commenting on the analysis, James Brooks, director of London based estate agents Brooks Estate Agents said as energy bills continue to escalate buyers are becoming wise about energy efficiency, particularly when it comes to choosing a new home. Even going so far as to pay a higher purchase price for a property which will cost them less to run in the future.

“As such, we always try to advise our customers to consider the real S.A.L.E. value – Size, Aesthetics, Location and Efficiency – when buying or selling,” he added.

Energy Minister Greg Barker said the study, the most comprehensive research done to date, provided real evidence of the potential rewards households could look forward to if they invested in energy efficiency, both in terms of protecting against rising energy bills and the benefit of boosting property values.

There are around 26 million homes in Britain and many of them are badly insulated and wasting obscene amounts of energy. If nothing else the Green Deal will enable millions of people to embrace retrofit solutions to make sure that their biggest asset – their home – is more comfortable and cheaper to run. Any evidence pertaining to an increase in property values will only add to the validity of these sorts of energy saving home improvement schemes.

PREVIOUS POST Mums to be the target of E.ON’s latest energy efficiency campaign

E.ON has targeted expectant mothers in Nottingham to raise awareness of energy...

NEXT POST Majority of Brits keen to have smart meters installed

According to a survey carried out by Energy Saving Trust (EST), the majority of Britons...