The Government continues to toe the official “it’s only just getting started” line, but with less than 200 UK households having signed up for Green Deal Finance to date, it seems highly unlikely that the scheme will achieve anything close to the 10,000 sign ups Energy Minister Greg Barker hoped to have on board by the end of the year. 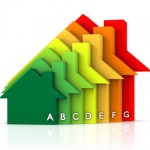 As revealed during the Radio 4 You and Yours show, the BBC has discovered that despite close to 19,000 home assessments, under 200 households have actually chosen to sign up for the energy saving home improvement initiative. Of course a delay in funding, which enables the measures to be carried out, certainly won’t have helped and could go a long way to explaining why the number of people taking out Green Deal loans is currently so low.

However according to independent energy expert Paula Owen due to poor communication a lot of people continue to remain wary of the scheme, not least whether it will have any affect on their future ability to sell their homes, given that the Green Deal loan is attached to the property and not the homeowner.

The Government is clearly hoping for big things from the Green Deal and sees it as a long-term policy rather than a quick fix. But a lack of clear communication with the public isn’t doing it any favours.

The Green Deal was launched back in January and the very ambitious scheme aims to revolutionise the energy efficiency of the UK’s aging housing stock. Enabling millions of homes across the country to fit a range of energy saving measures to bring down escalating energy bills, homeowners and businesses have the opportunity to install condensing boilers, energy efficient doors and windows, loft and cavity wall insulation and even microgeneration technologies at no upfront cost.

The fact that there’s no up front cost is the scheme’s biggest selling point. Anyone signing up for Green Deal finance will be required to pay back the loan through additional charges to their energy bills over an agreed pay back period up to a maximum of 25 years. Savings on energy bills must be at least equal if not more than the additional charges: it’s the Green Deal’s ‘Golden Rule’.

Through the Green Deal by 2020 the Government hopes to transform around 14 million of the UK’s most badly heated and insulated homes, making them warmer and more affordable to heat, and to help reduce carbon dioxide emissions. It’s a big ask. We’re already almost half way through the year, and with under 200 sign ups so far it’s difficult to imagine how this ambitious scheme is ever going to live up to its potential. But we live in hope.

Commenting on the scheme, a Government spokesman said: “Official numbers on installations will be available at the end of June. However, the early signs are encouraging, with over 18,000 assessments carried out before the end of April and the supply chain building steadily.”

Time, as always, will tell.

Following months of political wrangling, the European Commission has opened the door to a...

NEXT POST Mums to be the target of E.ON’s latest energy efficiency campaign

E.ON has targeted expectant mothers in Nottingham to raise awareness of energy...