Scotland is set to benefit from  £60 million of funding to target fuel poverty. The money will be distributed to local authorities to ensure that Scottish homes become more energy efficient. The fund was made available under the Home Energy Efficiency Programme, which was established by the Scottish Government to reduce fuel poverty in the country. 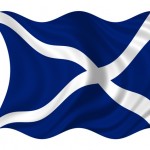 Margaret Burgess MSP, Minister for Housing and Welfare, stressed the importance of delivering an effective form of help to fuel-poor households in Scotland. Ms Burgess said: “We are determined to help householders to keep their homes warm whenever we can.

Basic energy efficiency measures can make a huge difference to Scottish families who are struggling to make ends meet, allowing them to heat their homes more cost effectively”.

The MSP added: “Today’s funding will see thousands of homes across Scotland receive new measures like solid wall insulation and double glazing. It will help to drive down the number of people living in fuel poverty”.

Energy Action Scotland commented that the funding would help alleviate fuel poverty in Scotland. Calls for more action, however, continue to be aimed at the Scottish Government. Half the funding will be distributed to all local authorities in Scotland (32 in total). The remaining  30 million will be allocated to local councils that tender successful bids for additional help. One aim of the scheme is to ensure that the worst affected areas receive the most assistance.

Local authorities have been asked to work alongside local installers, landlords, homeowners and energy suppliers to improve energy efficiency for those who need it the most. By reducing heat loss in homes, installers can help occupiers save  200 or more a year on energy bills. That energy bills rise every few quarters, however, means households continue to face an uphill struggle to overcome fuel poverty.

There are various schemes available offering boiler and central heating grants, as well as home insulation improvement grants. But they vary depending on whether you live in England, Scotland, Wales or Northern Ireland.

The leading energy supplier in the UK, British Gas, has reported an increase in profits...

NEXT POST Is Britain in the midst of an energy crisis?

According to Energy UK, the organisation that represents the country's energy suppliers,...