?Please note that this scheme is now closed. There may be other schemes available in your area – please visit our guide to Boiler, Central Heating & Insulation Grants 2018 for more information.

Major energy suppliers like E.ON, SSE and British Gas must meet targets to make homes warmer by providing free insulation to eligible energy inefficient households. However a Local Government Association (LGA) report suggests that they are more than 60% behind their targets to make homes more energy efficient. 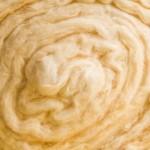 Since the Government launched the Energy Company Obligation earlier this year, households on limited incomes and specific benefits may qualify for an insulation grant to install loft and cavity wall insulation . Grants are also available for free replacement boilers.

Thanks to the Energy Company Obligation, currently around £1 billion has been raised to fund the initiative. However, the LGA fears that with another cold winter fast approaching, tens of thousands of households who qualify for free insulation will be forced to endure high energy bills, paying through the roof to keep warm in a poorly insulated property, because of a failure to deliver home improvements before winter sets in.

The LGA represents 373 councils across England and Wales. Commenting on their analysis, environment and housing board chairman Mike Jones said:

“Energy companies are collecting this money through a levy which is contributing to the cost of fuel bills and they have an obligation to invest it as swiftly and effectively as possible to deliver upgrades which save vulnerable people money and keep them warm and healthy this winter.

“Local authorities up and down the country stand ready to work in partnership with the energy companies to make sure the hundreds of millions of pounds of unspent money is used to deliver warmer homes and lower bills to the people who need it most.”

The Government and local authorities are commited to helping households become more energy efficient. Whether you live in England, Scotland, Wales or Northern Ireland there are central heating and insulation grants available, including the Energy Company Obligation, the Nest Fuel Poverty Scheme and the Energy Assistance Package.

First is was SSE. Then it was British Gas and npower. Today Scottish Power has announced...

Recent gas and electricity price hikes by most of the country's major energy suppliers...