Under new Government proposals homeowners are set to benefit from one-off grants to help them install energy saving measures when they move home. 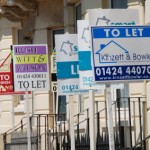 In a move designed to help British households save money on their energy bills by becoming more energy efficient, grants of up to £1,000 will be made available to put towards a range of energy saving home improvements, including replacement energy efficient condensing boilers and loft and cavity wall insulation. Grants of up to £4,000 would also be available for more complex installations, such as new double glazing and renewable heating technologies like air source heat pumps and solar thermal hot water systems.

The scheme is subject to consultation but is likely to be launched this spring. If the proposals go ahead as many as 60,000 house buyers could potentially benefit a year over three years.

Grant eligibility will be determined by a property’s EPC (Energy Performance Certificate). An EPC indicates how energy efficient a property is. An inspection would also determine the potential performance following any energy saving home improvements. Anyone selling their home must obtain an EPC.

The Government is committed to reducing Britain’s CO2 emissions by helping households reduce their energy bills, which remain a big concern for many people. They also intend to provide support for private landlords who want to make their properties more energy efficient. Under the scheme around 15,000 of the least energy efficient privately rented homes across the country will benefit from the home improvements. The two schemes together, which will run for three years, will be worth £450 million. Public buildings will not get overlooked either, with £90 million to be made available to make schools and hospitals more energy efficient.

In other news Energy and Climate Change Secretary Ed Davey has announced plans to make reforms to the energy market; both to increase competition in the market and enable energy consumers to switch suppliers much more easily and quickly.

Said Davey: “Energy companies are not off the hook. They will keep up their efforts to help people in fuel poverty cut their bills by making sure their homes leak less heat, and they will have to be more transparent about what they’re spending on social and environmental measures. (In 2014) our competition test will forensically examine what more we can do to get prices down through ferocious competition.”

Since early last year homeowners and people living in private rented accommodation who meet specific requirements have been able to apply for the Government’s Boiler Grants scheme, which provides free replacement boilers. Part of the Energy Company Obligation, the scheme has recently been extended and will run until 2017 (previously 2015).

NEXT POST Age UK and OFTEC’s guide to staying warm

Age UK and OFTEC have teamed up to produce a guide to staying warm this winter,...