Now into its sixth year, Greenpeace has recently published the results of its latest annual energy league table which recognises the greenest companies in the IT world. 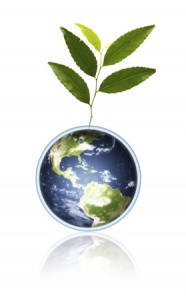 Google and Cisco have been revealed as the two major winners in the Cool IT Leaderboard report. Both firms were praised for their innovative approach to cleaner and smarter uses of energy.

They were amongst 21 major players in the IT sector ranked on their proactiveness when it came to delivering energy solutions to help customers lower their energy use, and measures taken to reduce their own individual carbon footprints. A third and final main criteria took into consideration how involved they were in using their considerable influence to bring about changes in green policies.

Both Cisco and Google achieved a score of 58 out of 100 which resulted in their top ranking. The report highlighted Google’s commitment to utilising 100% renewable energy sources to power all of its data centres. Currently its renewable energy generation accounts for 35%. Cisco was noted for its transparency regarding its strategies to reduce its energy and green house gases.

As well as providing Greenpeace with an updated set of targets Cisco is commited to making the move away from coal. The company aims to reduce its green house gases to 40% below 2007 levels by 2017, and has set a renewable energy target of 25% by 2017. However while the firm was acknowledged for lobbying politicians in the UK and Europe to make green issues more of a priority, Cisco needs to do more lobbying in America, and specifically California, its home turf. According to Greenpeace most of its policy advocacy leadership occurs in the UK.

The likes of Fujitsu, Ericsson, HP, Vodafone and Microsoft also made their mark on the Cool IT Leaderboard report for 2013, although Apple and Amazon were noticeably absent from the Leaderboard.  Explaining their absence Greenpeace said it was because “their operations are not broad enough to be compared to companies who offer energy solutions to climate change as core aspects of their business models.” Similarly Facebook didn’t merit an inclusion either, for the same reasons. However Greenpeace praised the firm following its recent announcement regarding plans to develop a $1 billion green datacentre in Iowa, a state favoured for its renewable energy resources.

Minister of State for Energy and Climate Change Greg Barker has responded to a uSwitch...

NEXT POST Are local communities key to improving energy efficiency?

According to a group of householders living in Greater Manchester, saving the planet...