A report into our attitudes towards low and zero carbon homes has revealed that more than 65% of homeowners in the UK recognise how important it is to live in an energy efficient home. 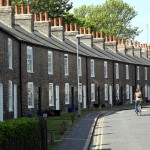 According to the NHBC Trust’s latest report, the construction industry isn’t as forward thinking as many homeowners when it comes to renewable energy and energy efficiency in general.

Research into the views of new home buyers found that consumer awareness of renewable energy and related technologies has gained momentum over the last four years. And that Government-backed financial incentive schemes, such as the Feed-in Tariff and Renewable Heat Incentive, have gone a long way towards encouraging people to generate their own clean green energy.

The report revealed that more than 65% of UK homeowners acknowledge the benefits of an energy efficient home and how attractive it is to potential buyers. Not surprisingly, solar was the most recognised renewable energy technology, with both solar PV panels and solar hot water heating – also known as solar thermal – seen to be the most attractive form of all the renewable energy types available, according to just under 85% of people.

It seems high energy bills – and, most importantly, measures which can be implemented to reduce those costs – is what drives most homeowners when it comes to being more energy efficient in their home.

Some 65% of homeowners who participated in the survey said energy costs were ‘very important’ to them, compared to 96% who said energy costs were ‘important.’ In fact, for many people moving in to a new-build home, the more energy efficient the property the more attractive it was to them. 69% even said they would be willing to pay an extra £10,000 pounds for a new home that was more energy efficient, due to the savings they would be able to achieve in the long term.

However, despite what the NHBC research has revealed, most builders of new homes still don’t believe people will pay more for a property with eco friendly features. As far as the construction industry is concerned homebuyers are influenced not by green features but by cost.

The results of a ground-breaking study into the nations energy use has just been...

The Government's thinking cap remains firmly on as it tries to determine the best way...