The Government’s thinking cap remains firmly on as it tries to determine the best way forward in delivering its potentially revolutionary Green Deal energy efficiency scheme. 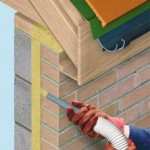 Proposals under consideration have ranged from offering early adopters of the scheme stamp duty or council tax breaks to introducing scrappage schemes as a way of encouraging uptake of the scheme. However, the Guardian is reporting that the Department of Energy and Climate Change (DECC) is now favouring offering Green Deal participants access to generous cash backs instead. The one-off payments would be restricted to early adopters only and would most likely have a time limit imposed.

Under the insulation and energy efficiency home improvement initiative, homeowners and businesses in the UK will have the opportunity to install a range of energy busting measures such as cavity wall insulation and loft insulation without having to put their hands in their pockets and pay any of the upfront costs. Participants pay the money back through a small levy on their energy bills.

£200 million has been made available to fund the scheme initially when it launches this autumn; £30 million of which is available this financial year, with the remaining £170 million allotted for next year.  A spokesperson for DECC has confirmed to Business Green that they are currently “looking at some kind of cash back scheme that would reward people who take up Green Deal measures.”

Targeting around 14 million homes, despite its potential to revolutionize the energy efficiency of the UK’s energy inefficient homes and businesses, the Green Deal is not without its critics. Many believe that the rate of interest that will be charged on financing will be a stumbling block. In short, that it will have a knock on effect on the amount of homeowners who sign up simply because it won’t be attractive enough to encourage their participation.

A report into our attitudes towards low and zero carbon homes has revealed that more than...

Last week saw the launch of a new energy saving service from B&Q which is designed to...