Those of a certain age will remember the many problems caused when the coal industry was effectively brought to an end in Britain, although today’s reduced domestic output offers a number of advantages insofar as the environment is concerned. However, domestic and imported coal continues to fuel much of the UK’s electricity demands and the fossil fuel is also important for those consumers who rely on central heating systems that are fed by natural open fires with back boilers.

As the world’s governments continue to thrash out plans to reduce global carbon emissions, the importance of coal has been undermined by green lobbyists but remains central to energy production throughout the world. 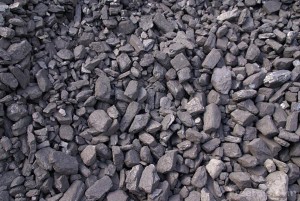 Fortunately, it seems that the dirty business of generating biofuel from coal is set for a green makeover. Indeed, scientists working at the Columbia University have developed a more efficient and environmentally friendly way to go about gasification, which refers to the process of producing syngas – hydrogen and carbon monoxide – from heated organic matter. The production of biofuels through gasification, however, emits vast quantities of carbon dioxide as a by-product and large amounts of solid waste materials are also produced.

However, Marco Castaldi’s team of researchers has discovered a more efficient way in which to go about gasification: an approach that could have a hugely positive effect on meeting energy efficiency targets. Indeed, the team has discovered that adding carbon dioxide to the gasifier at the steam heating stage produces more useful syngas from the same quantity of coal. Furthermore, the carbon dioxide that is required to improve efficiency in this way can be sourced from that which is given off by the gasification process. In short, it is estimated that the refined process could eliminate 437 tonnes of greenhouse gases, which is the equivalent of removing 308 million vehicles from the roads.

NEXT POST Millions of People Missing Out On Insulation Grants

Research undertaken by the New Policy Institute (NPI), an independent think-tank, has...