They may be one of the world’s most popular smartphone makers, but according to a survey, Research in Motion – the firm behind the brand – produces some of the most energy inefficient products on the market. 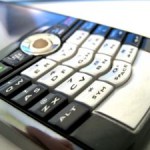 In Greenpeace’s Guide to Greener Electronics, Research in Motion (RIM) featured bottom of the list, signalled out as the world’s least greenest electronics firms.

The Canadian-based mobile phone maker featured for the first time in the environmental campaign group’s quarterly guide, which ranks the top 15 electronic companies in the world for their environmental policies and the green impact of the products they design and develop.

According to Greenpeace, the firm has no target in place to increase its uptake of renewable energy use. The absence of a clean electricity plan has incurred the production of  energy inefficient products.

The report, which was first introduced in August 2006, ranks companies according to their energy use and carbon footprint, as well as how eco-friendly their products are. Greenpeace also uses the guide as a means of putting pressure on technology manufacturers like RIM to encourage them to reduce the amount of toxic chemicals they use, such as polyvinyl chloride (PVC), which is a widely produced plastic, likened because it is cheap to produce and also very durable.

Speaking to the Guardian, a spokeswoman for BlackBerry maker RIM said they continue to improve their sustainability practices, and have a number of initiatives underway to help them achieve this.

Computer manufacturer DELL took second place, up from its previous 10th spot. The firm scored well for having the most ambitious climate targets, not least due to its ambitions to reduce emissions by 40% by 2020.

Landlords seeking to make their properties more energy efficient are reminded that they...

The largest business group in the UK has voiced its concern over the Government's...