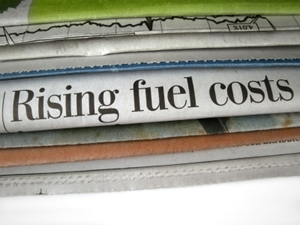 The majority of households in Britain – some 24 million homes – are connected to the mains gas supply, which is why so many people are affected when the leading energy suppliers announce price increases. A further two million or so homes, however, face a similar if not more extreme battle to afford the costs of domestic central heating by virtue of the fact that they use oil and not gas as their main source of fuel. Unfortunately, the price of central heating oil has risen by 70 per cent over recent months.

Properties in Northern Ireland and rural areas of England, Scotland and Wales rely on oil to provide the central heating comforts enjoyed by gas users throughout Britain. Although gas prices were increased by many of the leading energy suppliers at the beginning of December, oil prices have risen far more sharply; in fact, the rate of increase is thought to be around 10 times that of gas. With comparatively few homes dependent on oil in the UK, the concerns of around two million households are likely to go unnoticed as efforts to control the cost of gas continue.

The 70 per cent rise in central heating oil prices is equivalent to an increase of £540 per year for the worst affected homes. Industry experts and charities have accused the oil companies of profiteering – a claim that is difficult to reject following such a sudden rise in prices amid such a sudden dip in temperatures.

Charity director of Age UK, Michelle Mitchell, commented: “It is a huge concern that the cost of heating fuel is on the rise. Many older people have told us they would rather turn the heating off than risk running up a huge bill they can’t afford.”

In illustration of just how sharp the oil price rises have been, Chris Pomfret, who operates a community oil buying project in Oxfordshire, said: “One old lady was buying it at 43p a litre just 10 days ago, now it is 72p in some villages.”

PREVIOUS POST Energy bills could surge by 10% next year

Big increases in energy tariffs next year could see prices soar by 10 per cent –...

Just days after it was revealed that the cost of central heating oil in Britain had risen...