The Department of Energy and Climate Change (DECC) announced earlier this week that the major grant programme for renewable heat has been closed with immediate effect. 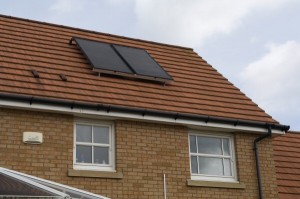 amme (LCBP) grant funding was in place to help pay for technologies like solar thermal hot water, heat pumps and wood fuelled heating. However, the new coalition government has closed the scheme and seized the remaining £3m from the LCBP pot to help contribute towards the government’s £6bn spending cuts.

A statement from the DECC said: “It was anticipated that support for the proposed Renewable Heat Incentive for heat under LCBP would continue up until its proposed introduction in April 2011 however demand for grants has been unprecedented and we had very little unallocated funding remaining. It has been decided that by closing the programme now, these unallocated funds will contribute towards DECC’s overall savings.

“Since the election, government have moved very quickly to identify necessary areas of savings in line with public announcements. LCBP has not been ‘singled out’ for cost savings, it is one of a number of areas where savings have been identified during a thorough review of expenditure. To make sure that savings could be maximised, it was decided that closure of LCBP (and other areas) should be made immediately to prevent a run on remaining funds.”

Since the programme was launched on 1 April 2006, the LCBP grant programme has provided 20,000 grants to help cover the cost and installation of microgeneration equipment. And with the programme scrapped, green groups are looking for the government to commit to the Renewable Heat Incentive (RHI) which is planned to be launched in April 2011.

The government has promised a raft of new green initiatives in the Queen’s speech on Tuesday with the launch of a new energy bill in the next parliament. No real details have yet emerged about the bill other than it will deliver a national programme of energy efficiency measures to homes and businesses.

A section has been allocated to Energy and Climate Change on the ‘The Coalition; our Programme for Government’ website stating: “The Government believes that climate change is one of the gravest threats we face, and that urgent action at home and abroad is required. We need to use a wide range of levers to cut carbon emissions, decarbonise the economy and support the creation of new green jobs and technologies. We will implement a full programme of measures to fulfil our joint ambitions for a low carbon and eco-friendly economy.”

The National Grid has this week revealed that its investment in a more energy efficient...

As part of its "Football's coming to my Home" road show, Baxi is offering installers at...