The National Grid has this week revealed that its investment in a more energy efficient and environmentally friendly infrastructure will cost the average UK household an additional £4 per annum on energy bills. 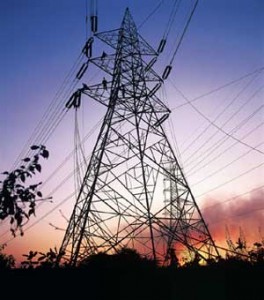 National Grid expenditure will rise to £22 billion over the next five years, comparing to just £14 billion during the past five years; approximately 75% of funds will be spent in the UK.

According to analysts at Morgan Stanley, the move towards an energy infrastructure that can support green initiatives “requires much greater investment in the electricity and gas transmission networks” in order to deal with “a very different flow of energy on the networks”. Therefore, the National Grid, which operates Britain’s gas and electricity networks, must invest in a new infrastructure if the nation can avail of low carbon technologies.

The news that electricity and central heating bills will rise by £4 per year on average ought not to surprise or upset too many people, as the increase is relatively small in the context of fuel bill rises generally. In fact, the £4 increase on annual bills is regarded as “pretty good value” by Steve Lucas, the National Grid’s Group Finance Director. Lucas added: “This is a very major investment to get a major upgrade to the system to make it fit for the energy revolution”.

According to a recent YouGov survey, public support for green initiatives appears to be on the decline, which would imply people are worried more about immediate economic concerns than long-term environmental issues.

The YouGov poll asked 4,300 adults a series of questions regarding the environment one week after the UK General Election. Interest in climate change was shared amongst 80%of respondents in a similar survey conducted in 2006, compared to 71% in 2009.

This year, just 62% of respondents claim an interest in climate change – a decrease that has been matched by several other surveys in light of the Copenhagen climate summit and leaked global warming data from the University of East Anglia. The YouGov poll carried out earlier this month also revealed public opposition to the building of nuclear power stations is weakening amid a general apathy towards environmental concerns.

Baxi has received the Green Innovation Award earlier this month for the Baxi Ecogen...

The Department of Energy and Climate Change (DECC) announced earlier this week that the...