Trading Standards are warning consumers to avoid buying bogus ‘energy saving’ plugs, after receiving more than 200 complaints from people who have invested in the £99 plug-in device. 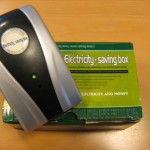 Claiming to be working with energy companies, fraudsters have been targeting people over the phone, many of whom are elderly and vulnerable, plugging the device which they say can be used to save a whopping 40% on energy bills.

However, following the complaints, the Trading Standards Institute has conducted tests on these so-called energy saving plugs, and not only do they fail to save energy, they also fall short when it comes to satisfying electrical safety standards.

According to trading standards the callers appear very credible and knowledgeable about their targeted customer. Even going so far as to know the name of their energy supplier and, in some cases, their credit or debit card details.

“Consumers are warned not to use the product as they pose a risk of fire and electrocution, and a safety recall has been issued for the items traced so far,” said chief executive of the Trading Standards Institute, Ron Gainsford.

“Unscrupulous criminals are using the rising energy prices as an opportunity to lure cash strapped consumers – elderly people seem to have been deliberately targeted. The number of complaints we are currently dealing with is bound to be only the tip of the iceberg,” he added.

It’s only after people have received the dodgy looking device, complete with a set of instructions in broken English, that they realise they have been had by the scam.

If you think you may have been duped into purchasing one of these energy saving plugs, call Action Fraud on 0300 123 2040 or Consumer Direct on 0845 404 0506. You should also get in touch with your bank to stop the debit or credit card transaction.

Householders looking for ways to reduce their energy bills and save money should consider the long term benefits of cavity wall insulation, loft insulation or fitting draught proofing.

Statisticians at Manchester University have produced a set of calculations that proves...

A new report has highlighted the enormous task the UK faces, if the country stands any...