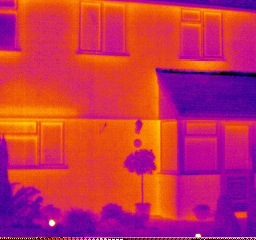 According to TV presenter George Clarke many UK homes are still without insulation.

Architect and TV presenter George Clarke has expressed that many of the UK’s existing housing stock is still without insulation, despite the Government’s ambition to improve energy efficiency in homes.

In a bid to address this concern, Mr Clarke explained that the more affordable ways of cutting carbon emissions from a property are also the easiest. Measures could include cavity wall insulation and loft insulation, which according to the Energy Saving Trust can save around £145 a year on central heating bills.

Mr Clarke also noted the lack of double glazing in homes as well as the benefits of replacing old boilers that are more than 10-years-old. Commenting on this, the expert said: “It’s unbelievably inefficient; it’s coming to the end of its efficient lifespan, so you’re spending all of this money on gas, and you’re only getting 40 or 50 per cent efficiency from your boiler. That’s just ridiculous.”

Tenants from housing associations in the north west took over the University of...

Baxi, one of Britain's leading suppliers of energy efficient central heating systems and...