Rio Ferdinand may be best known for stopping strikers en route to goal, but the Manchester United and England international defender is hoping to raise his profile by extolling the virtues of green living. 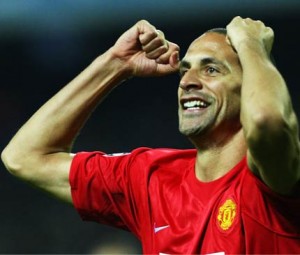 According to Ferdinand, averting man-made climate change is of central importance to the survival of mankind. Ferdinand said: “It’s about the future – natural disasters, sea levels, ice melting, fires – people have to understand that’s down to humans”.

The former England captain added: “Governments need to let the public know how we can become energy self-sufficient. It all comes down to education. If people aren’t educated, they’re not going to get behind something. They need to understand it before they take a stand”.

Ferdinand is realising the importance of green living after his home recently underwent an “energy fitness” audit, which basically determines how energy efficient a property is. The results of the audit prompted immediate change in the form of super-thick loft insulation and energy-efficient light sensors.

Rather than find the nearest tree to hug, however, Ferdinand plans to embrace green living in a gradual, deliberate manner. The footballer explained: “Little things like moving your sofa from in front of a radiator, changing lightbulbs. You get a better feeling about yourself and the little things add up. It’s like, how many pennies make a pound?”.

Homeowners who know the answer to Ferdinand’s presumably rhetorical question will already appreciate the financial and environmental incentives of going green. Installing solar photovoltaic panels on rooftops can provide substantial income in addition to green energy. Under the Feed-in Tariffs (FITs), homeowners can export unused green electricity to the National Grid for a fixed rate.

Ferdinand plans to have solar PV installed on his new-build home but, for now, the footballer intends to continue doing his little bit for the environment, which means turning down the thermostat, snuggling under the duvet more and using only an appropriate amount of water in the kettle. Regarding the latter energy-saving technique, Ferdinand said: “At first I thought, how can that make a difference? But when you think about it, it’s obvious. Yeah, man, if someone fills the kettle up they’re gonna get [physically assaulted by his booted foot]”.

Figures published by the Department of Energy and Climate Change (DECC) have revealed...

NEXT POST Is Another Energy Bill Increase on the Horizon?

As with death and taxes, ever-increasing energy bills would seem to be one of the few...