The next time your charge your smart phone, play Call of Duty on your Xbox or watch a movie on your HD TV, spare a thought for your electricity bill. 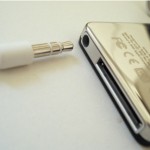 As energy costs reach an all-time high, the need to be energy conscious is continually being drummed into us. With renewable energy technologies being touted as an answer to all our prayers, it seems we’re falling short of seeing the bigger picture.

Our addiction to must-have gadgets is causing our energy bills and carbon emissions to escalate at a frightening rate. And despite energy-conscious home owners doing their bit by turning off lights, insulating homes and switching off appliances, according to a new report, its our obsession with gadgets that’s fueling rising energy bills.

When you live in a world that has become consumed with technology, trying to wean people off using their iPhones, iPads and high definition televisions is probably a battle that simply cannot be won. To make matters worse and to add even more fuel to the fire, our love of appliances and gadgets has increased the likelihood of the UK falling short of targets to cut domestic electricity emissions by 34% by 2020. As it stands, 29% of our emissions come from the home.

Conducted by the Energy Saving Trust, The Elephant in the Living Room is an update of The Rise of the Machines. The 2006 report warned of the effect ever-increasing electrical appliances and gadgets would have on our domestic electricity consumption and carbon emissions. The new report revealed that from 1990 to 2009, the number of domestic gadgets and appliances owned by an average family in the UK was three and a half times more in 2009 than it was in 1990. Even more shocking, the overall energy consumption from consumer electrical goods increased by more than 600% between 1970 and 2009.

“If we look over the last five years a lot has changed and a lot of progress has been made making the most energy-sapping appliances more efficient,” said Dr Paula Owen, the author of The Elephant in the Living Room.

That’s certainly true for household white goods. A fridge brought 15 years ago would use on average around 50% more electricity than a comparable model brought today.

“But where we still have a long way to go is with our gadgets and home entertainment appliances, which are using more and more electricity,”added Dr Owen, highlighting that plasma TVs and wireless routers were two of the main energy-guzzling culprits.

On Friday the Government announced that it was to delay the launch of the Renewable Heat...

Homeowners in Scotland will soon be able to benefit from free home insulation, thanks to...