On Friday the Government announced that it was to delay the launch of the Renewable Heat Incentive (RHI) for at least another two months. 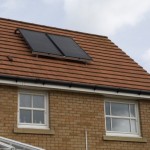 The non-domestic side of RHI scheme was originally set to launch in the summer, but was put back until the end of September. Once again the Government has been forced to hold off launching the scheme, this time until the end of November. The delay is down to the European Commission (EC) intervening, citing concern over the tariff levels set for large biomass projects.

Available initially to large industrial and commercial consumers, before being offered to householders, the delay has taken the renewable heat industry by surprise, prompting both concern and frustration.

“As heat demand is seasonal, delaying until the end of November will mean many customers will either put off a decision until next winter or buy a new fossil fuel boiler now – locking them in to higher carbon heat for years to come,” commented Paul Thompson, head of policy at the Renewable Energy Association.

“This last minute announcement is desperately disappointing. The industry has been gearing up over the last six months to deliver on the Government’s ambitious plans for renewable heat,” he added.

With the EC voicing concern that the tariff setting methodology used for the large scale biomass tariff – which differs from other technology bands – has ended with too high a tariff being set, the Government will have to revise the subsidy level already set. Once revised, the tariff level – originally set at 2.6 pence per kilowatt-hour over a 20 year period – has to be given Parliamentary approval; hence the delay.

“We hope to launch the scheme before the end of November, subject to parliamentary approval,” said a spokeswoman for the Department of Energy and Climate Change.

After two previous set backs, the renewable heating industry is certainly going to be hoping that third time will be a charm for the RHI scheme.

Donald Trump isn't a man who gives up easily. And the billionaire US property tycoon...

The next time your charge your smart phone, play Call of Duty on your Xbox or watch a...