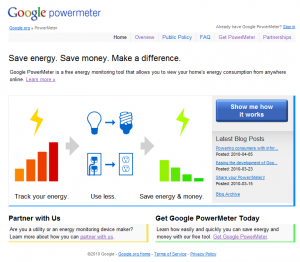 The internet’s most successful search engine company, Google, has continued to diversify its brand with the addition of two wind farms in North Dakota, USA. Previously, Google had shown a willingness to enter the green energy market through the introduction of its Powermeter product, which is an online graphical tool that provides full statistical data on household energy usage.

The Powermeter was unveiled in the UK late last year and, according to the Energy Saving Trust, such tools can help consumers cut their household bills by around 3 to 15 per cent each year. Following the relative success of its Powermeter service, Google’s move into the clean energy market was perhaps to be expected, not least because the internet giant must continue to expand in order to maintain its edge over rivals such as Microsoft and Yahoo.

Google’s investment is thought to be worth $38.8 million, which is by no means a small sum but remains relatively modest in comparison to other such projects. The investment will fund NextEra Energy Resources’ building of the wind turbine farms, which are expected to generate a combined 170MW of clean electricity. Although Google’s name ensures that its involvement in the North Dakota project receives plenty of media coverage, its total stake in the venture amounts to around 20 per cent. As such, the £38.8 million investment arguably represents a further baby step by Google towards broadening its horizons in search of a greener future.

To the rest of the world, however, the move is more significant, as the introduction of internet giants such as Google, Microsoft and Yahoo into the renewable energy industry would likely drive change for the better. In the UK, investing in green technologies has received plenty of attention over the past couple of weeks as the three main political parties aim to secure the so-called green vote. Green technologies such as solar hot water heating, wind turbines and geothermal central heating systems are becoming more popular in the UK. If Google’s move into the green sector were to prove successful, it is likely that other types of business would follow its lead by investing in clean renewable energy.

As the UK edges closer to the General Election, the three main political parties -...

The consumer organisation Which? has carried out an undercover investigation of the solar...